All About Diamonds, Engagement Rings
December 16, 2015 by The Reeds Girl
0

“Diamond is the most valuable, not only of precious stones, but of all things in this world.”

A statement made by Plimy, a Roman naturalist, in the first century A.D., this phrase depicts just how much value diamonds have held throughout history. Ancient Greeks even believed that they were splinters of fallen stars. Beautiful, bright and billions of years old, diamonds are thought to have first been found in India during the fourth century B.C. Originally washing up in streams and river beds, it wasn’t until the 18th century that these brilliant stones were mined elsewhere.

As diamonds spread from India to Europe, these stones were used for a variety of purposes. Believed to have the power to ward off evil, protect their wearer in battle and cure illnesses, diamonds were valued by people of all walks of life. Because of the many unique properties they were believed to hold, diamonds also became a popular fashion accessory for the wealthy.

During the thirteenth century, wealthy Europeans began setting diamond stones in their jewelry, first as accents to pearls and then as the center stones, prompting Louis IX of France to declare that only kings were fit to wear diamonds. This French law helped to solidify the royal love of diamonds – the larger, the better.

Beginning with the engagement of Archduke Maximilian of Austria and Mary of Burgundy, diamonds also became a symbol of love that has continued on to present day. Looking to profess your love and the promise of an unbreakable bond to your partner? Visit Reeds Jewelers to find your perfect engagement ring. Search our online collection for inspiration before visiting the store nearest you! 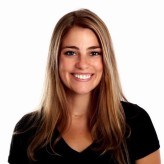